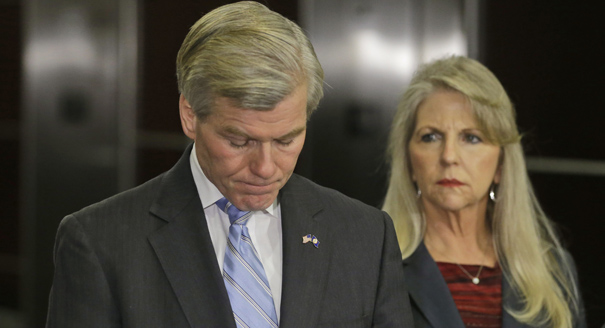 The MACHINE is very very powerful. Its like an addict. They don’t know it,
Chris Christie and the Untouchable!
Where are the G-men?

Chris Christie
THE MIRROR OF ALL OF US.

“It’s Everyone except me.”

Former Virginia Governor Bob McDonnell takes a moment while making a statement as his wife, Maureen, right, looks on during a news conference in Richmond, Va., Tuesday, Jan. 21, 2014. McDonnell and his wife were indicted Tuesday on corruption charges after a monthslong federal investigation into gifts the Republican received from a political donor. (AP Photo/Steve Helber)