See? I can do anything I want, shoot someone down in the streets and MY followers would not care!” – Donald Trump 2016
The Man of Lawlessness was identified. 2nd Thess 2:3-8 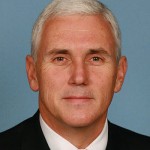 History tells us The Church went AWOL during WWII & Jewish Holocaust. I never could figure that out.  But now I see…

Ministers & Pastors have written thousands of books & made a lot of money capitalizing on predicting the coming of this lawless leader, then missed it, when he supernaturally climbed over everyone else to power. The False Prophet stands in the shadows and they STILL missed it.

The Franklin Graham family I grew up with in the 50s and 60s would not have fallen for the lawless man in the White House. Billy Graham would have recognized the spirit of anti-Christ and seen the danger AND seen the signs. He would have cried out against the money-changers in the temple. It only goes to show no family is exempt from a bad case of supernatural blindness but who would have thought it would have been Franklin, the Good Samaritan.

One thought on “The Man of Lawlessness, the Huckabee Illusion & the Fall of the Billy Graham Era”