AND THE OSCAR GOES TO….Daryl Issa for his good manners and respect for authority. Did a little research on this guy. He’s worth millions. Issa graduated from Kent University in the 70’s where that terrible shooting occurred. (National Guard fired and killed students for protesting against the Cambodian/Vietnam crises.)  (Same time as the Watergate political scandal.)

Kent U. is in Ohio a state where voter suppression is reported regularly.  http://plunderbund.com/2018/10/28/voter-suppression-in-ohio-too/

You would think Issa, a successful entrepreneur from California would be against the abuse of power having lived it at a young age. But when he turned his microphone off on his senior fellow Committee member, Elijah Cummings, he showed behavior running rampant with males today. Not all males but way too many. It’s an epidemic.  Did he reveal his true nature, or is he suffering from a psychosis of some kind. Something primal perhaps?

THE REAL OSCAR WENT TO one of those accused nasty Hollywood-types who courageously gave God the credit and honor for his success. Yes, Matthew McConaughey gave God the glory and gave his testimony at the 2014 Oscars awards.   God bless Matthew and his family. After the awards, the audience was treated to 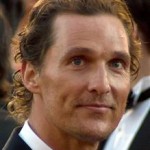 He gave God the glory in front of millions. – Wikipedia

His Eye Is On the Sparrow  sung by Darlene Love to a standing ovation.  All those Democratic Hollywood-types standing and giving God glory.

Conservatives think they have corner of the market on Christianity. They are such an accusing bunch.