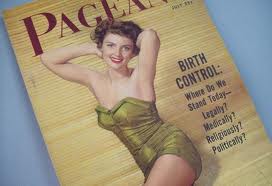 Question:  What do Birth Control,  Foster Friess,  Rush Limbaugh  and Rick Santorum have in common? 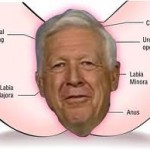 I’ll say anything for money…hehehehe.

Answer:  Aspirin!  It’s cheap and OTC, and you don’t ever have to see the slut again!

The following excerpt was given by  John Hemer, Biblical Scholar and Theologian of the Mill Hill Missionary Institute at the Church of Our Lady of Mount Carmel & St. George, Enfield, England in April and May 2003.

There are perhaps few clearer illustrations in the NT of how the scapegoat mechanism works than the lynching of the adulterous woman in John 8. Of course we wonder where the man is, probably in the crowd since when a group of people starts to behave as a mob all distinctions between righteous and sinner disappear. When someone is made a scapegoat the equation is always unanimity minus one. What unites the crowd is not really mutual interest or concern, although that may be the impression given, but their fury, which must find a victim. Note that the woman here is guilty – Jesus does not approve of that, he tells her to sin no more. But God is always on the side of the victim, and in a situation such as this the moral status of the victim is immaterial. The mob assume that God is on their side, and that their violence is good violence. Jesus, rather than attacking this idea head on, simply defuses it, breaks the spell and robs the impending violence of its sacred aura.   — Had the mob achieved their aim and stoned the woman, they would have gone away with a peace having descended upon them. Peace thus achieved is the peace that the world gives. The whole of biblical revelation has been trying to wean people off this kind of peace born out of violence. Small wonder then that as part of his farewell discourse Jesus says:  Peace I bequeath to you, my own peace I give you, a peace which the world cannot give, this is my gift to you. (John 14:27)